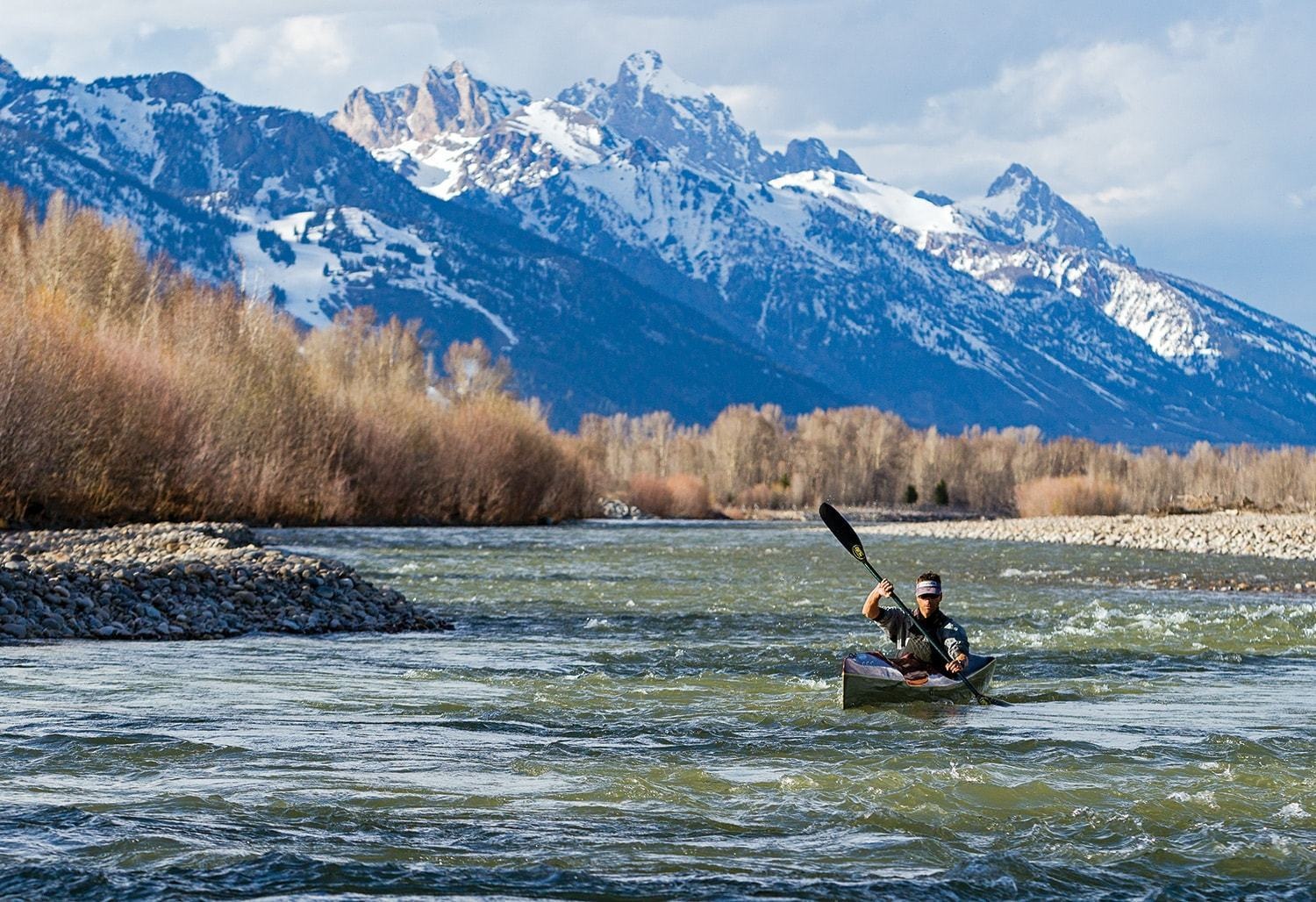 The U.S.A. is the only country in the world to have a conservation tool of this kind to protect free-flowing rivers and rivers of exceptional recreational quality.

The National Wild and Scenic Rivers System was created by Congress in 1968 (Public Law 90-542; 16 U.S.C. 1271 et seq.) to preserve certain rivers with outstanding natural, cultural, and recreational values in a free-flowing condition for the enjoyment of present and future generations.

Frank & John Craighead both PHDs in Wildlife Management, first came to Jackson Hole in the 30s and built cabins here after WWII. They first came up with the concept of a Wild & Scenic River System in 1954. The legislation was first introduced in 1964 and then there were 16 subsequent attempts, championed by Sen. Frank Church and Stewart Udall until the Wild & Scenic Rivers Act was passed by Congress and signed by Pres. Johnson in 1968. The final act took verbatim language from the Craighead's original writings.

What Makes a river "wild and scenic?"

Under the Wild and Scenic Rivers Act, rivers fall under three classifications.  Wild, scenic, or recreational.

Rivers or sections of rivers free of impoundments and generally inaccessible, except by footpath, with mainly primitive watersheds or shores and unpolluted waters. These represent the remains of early America.

Those rivers or sections of rivers that are free of impoundments, with shorelines or watersheds still largely primitive and shorelines largely undeveloped, but accessible in places by roads.

Those rivers or sections of rivers that are readily accessible by road or railroad, that may have some development along their shorelines, and that may have undergone some impoundment or diversion in the past.


1990 Clarks Fork of the Yellowstone

A campaign led by Lamar Empey of Wapiti, WY in memory of his son in law who died on the Grand Teton and was an early river runner on the Class V Clarks Fork Canyon

The Snake River is recognized as the best of the best of the river systems in the lower 48. Work began in secret in 2003, led by Scott Bosse Of Greater Yellowstone Coalition, to get the Snake River protected under the Wild & Scenic act. It was the first watershed approach to a Wild & Scenic River Campaign. Over 500 miles of rivers and streams in the entire Upper Snake River Watershed in Wyoming were in the initial plan. The effort was lead by volunteers and coalition builders including Snake River outfitters - Frank Ewing (pioneering river outfitter), Aaron Pruzan (instructional kayaking outfitter), and Jack Denis (pioneering fishing guide). Early meetings were held after hours at Rendezvous River Sports. After a broad coalition spanning political parties and all types of river users, businesses and individuals were established, the bill was introduced by Sen. Craig Thomas. Following his untimely and tragic death, Sen. John Barrasso carried it - against opposition from the powerful Idaho Water Users Association - until it passed Congress and was signed by Pres. Obama in 2009

The act includes the main stem of the Snake River, from its source on the Continental Divide to Palisades Reservoir (with some interruptions).  Tributaries including the Lewis, Pacific Creek, Buffalo Fork, Spread Creek, Gros Ventre, Hoback, Fall Creek, Wolf Creek, and numerous other smaller side streams - over 400 miles in all. Which gives Teton County, WY more designated Wild & Scenic River miles than any other county in the nation. Outstanding Remarkable Values include - clean water quality, the health of the native fishery, the health of the riverine habitat, and the wildlife it supports, scenic vistas, and high-quality recreation.  The designation includes Wild, Scenic, and Recreational Segments - you can see all the designated rivers here.