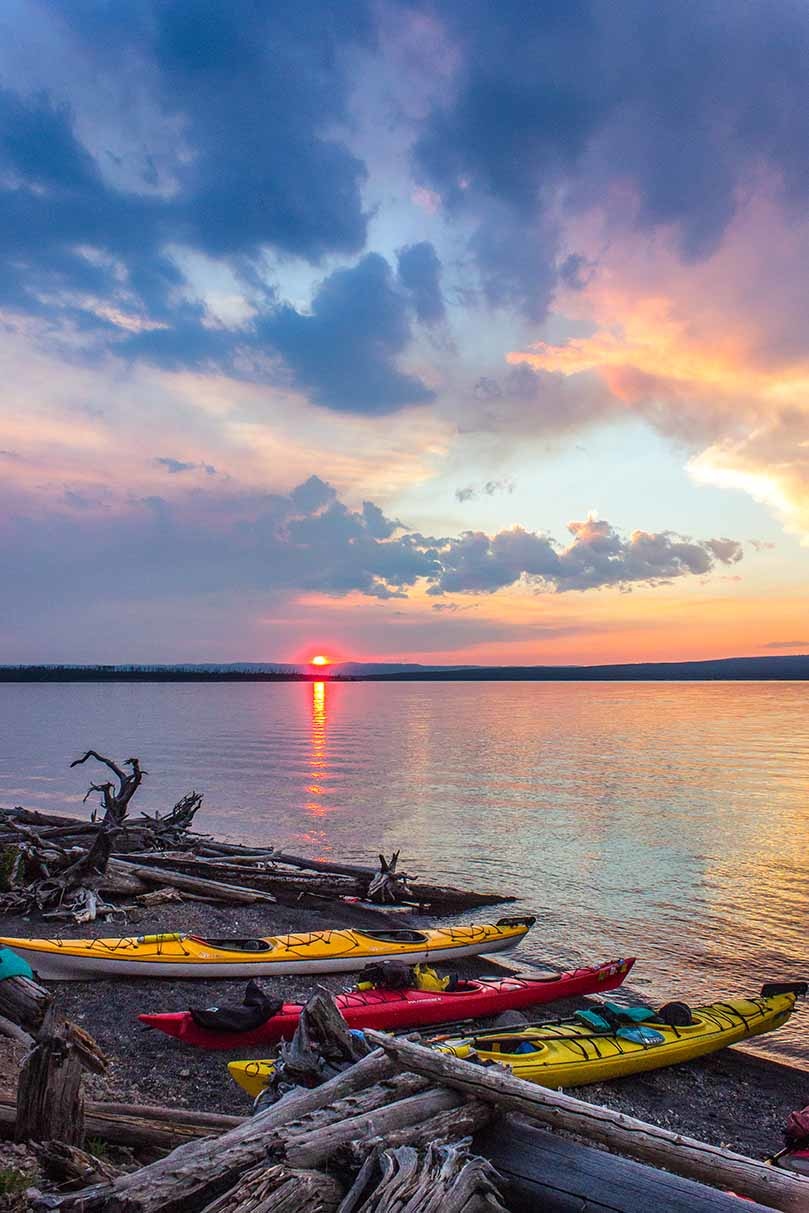 Yellowstone National Park, founded in 1872, is considered the first National Park in the World and truly was the beginning of the modern conservation movement and the amazing idea of preserving land from development just because it is special.

Long before European explorers arrived, the area in and around Yellowstone was important to many Native American tribes and they clearly recognized how special this area was. Its geothermal features and powerful volcanism created obsidian that was used in tools that were highly valued, traded, and found used by tribes in many directions including all the way over to Eastern North America. In addition to finding the stone to create tools, native tribes came to the area in the summer to harvest the bounty of fish from Yellowstone Lake and hunt migrating animals of the region. Tribes that historically spent time in the area - many of whose descendants live today on tribal lands in Wyoming, Montana, and Idaho - included the Shoshone, Bannock, Blackfoot, Crow, Flathead, Gros Ventre, Nez Perce, and Arapaho.

John Colter, a member of the Lewis and Clark Expedition, was among the first Europeans to travel into the area that is now Yellowstone and is credited with its, "discovery," though most disbelieved the tales he brought back to the East of geysers, boiling pools, and bubbling mud pots. Later expeditions confirmed Colter's tales, the most notable and extensive being the Hayden Geological Survey of 1871, which produced amazing photographs by Henry Jackson Turner and paintings by Thomas Moran. It was Hayden's final report to Congress in 1871 that set in motion the removal of land from the public settlement.

The signed March 1, 1872, by President Ulysses S. Grant - ...it is hereby reserved and withdrawn from settlement, occupancy, or sale under the laws of the United States, and dedicated and set apart as a public park or pleasuring ground for the benefit and enjoyment of the people; and all persons who shall locate, or settle upon, or occupy the same or any part thereof, except as hereinafter provided, shall be considered trespassers and removed there from… The act was somewhat ceremonial. Nathaniel Langford, the first Superintendent of YNP, had no budget, no staff, and no legal ramifications for violators. This slowly changed when the US Army brought in to administer parks in 1886 and regulations were passed to help enforce rules.